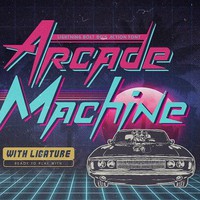 There are many ways to be polite in the Philippines. Here are some of the most common, but still important, examples. Filipinos avoid using their first names around older people, and instead refer to them as kuya, tita, or tito. Filipinos also refer to strangers as kuya or lola. But what is considered rude in the Philippines? Read on to find out.

The Filipinos have a concept of “hiya,” or rudeness, which operates even if the person in question is right. Hiya works through the interaction between a person’s amor propio (next-of-kin) and hiya. If someone raises a matter in front of an amor propio, they risk the possibility of being disloyal or provoking violence.

Filipinos avoid being labeled “hiya” for a variety of reasons. This aversion to shame is a result of failing to live up to social standards. People who fail to live up to hiya are social outcasts, and it’s the ultimate disgrace. Filipinos often use their own social status to justify their behavior, including spending more than they can afford.

Filipino social etiquette stresses respect, modesty, and piety. Putting a potential partner in a awkward position can make the relationship unworkable. For example, giving a food gift could imply that a Philippine partner is unreliable or unable to complete a task. Moreover, hiya is related to pakikisama, or maintaining a smooth, non-confrontational relationship.

In addition to being considered a form of courtesy, Filipinos also expect younger people to put their hands on their elders’ foreheads. This gesture is taught to Filipinos at a young age, and remains popular today. If you stay at a Filipino homestay, you can make use of the Filipino handshake to garner social approval. Remember, though, that you should always ask permission before grabbing someone’s hand.

Filipinos love to converse, and they take their religion and political views seriously. While there is a predominant Roman Catholic population, there are other religions as well, and Filipinos have learned to respect each other’s beliefs and values. If you’re invited to a dinner party, it’s okay to invite friends and family, but be sure not to preach your religion, as this can make the situation worse.

Filipinos use the word “po” to greet their elders. When you greet a friend, relative, or boss, you should always say “opo” or “pa’ang” (thank you) or say “salamat” or even “bakit po” if you wish to acknowledge the elder with an appropriate response. While using the word “opo” to reply to a question may sound rude in many cases, it is an important part of Filipino culture.

While Filipinos are friendly and welcoming of visitors, they should always use their manners in conversation with foreigners. When speaking with a local, it is important to remember that raising your voice or being overly demanding can come across as rude and condescending. Remember to speak in a friendly way and use appropriate body language and facial expressions to get your point across. Opo is considered rude in the Philippines because it’s widely practiced, but it’s still considered rude.

It is not uncommon for Filipinos to have the “crab mentality” because they are competitive and jealous. This competitiveness can bring out the worst in people. These people will talk about you behind your back and spread false rumors about others. However, there are some instances when a person may try to make a point by ignoring a woman’s opinion. If you’re not comfortable speaking to a Filipino, you might want to reconsider your behavior and speak more slowly and in a soft voice.

Pagamamano is a greeting that Filipinos give to elders when visiting their homes or when they see them at a gathering. Although it may seem like a simple gesture, in the Philippines, it is considered impolite. It is also referred to as “ill-mannered” and is considered rude. Here are the proper ways to say “pagamano”:

While Filipinos commonly greet each other by kissing hands, Pagamamano is considered impolite. This is because the Filipinos belong to a cultural orientation that values distance over proximity. However, this doesn’t mean that Filipinos don’t greet each other as they would any other human being. Filipinos call their parents, older siblings, and cousins by their family titles. This is especially true of stepfathers.

If you have a Filipino friend or relative, don’t stare at them. Staring is considered rude in the Philippines. Although it is considered a sign of curiosity, it can be difficult to determine whether you’re staring at them or not. If someone looks at you suspiciously, it may seem like a good time to avoid staring. If you do this, you’re making them feel uncomfortable.

If you’re late, Filipinos are likely to consider you rude. If you’re late, they may respond by saying “Opo.” This is the polite version of the word “oo.” This is especially appropriate for answers to basic questions from strangers. You should always answer with “po” if you’re in a position to do so. However, you should never use it for formal occasions like weddings or business meetings.

Being late in the Philippines is frowned upon. Although punctuality is expected in most places, it’s even more unacceptable in certain social events. For example, in business meetings, arriving late to a client’s meeting is considered a sign of gluttony and rudeness. Similarly, being too early for a party is regarded as rude. While the Philippines’ service speed has improved in recent years, there are still certain situations where arriving early may entail catching the host off guard and delaying the start of the party.

Filipinos are very expressive about their emotions. Therefore, displaying anger in public is considered very rude. A Filipino who loses his temper in public is unlikely to be able to defend himself and may bring shame to his family. Also, if you feel like complaining about something, you shouldn’t. Filipinos prefer to keep things as harmonious as possible. However, this can cause delays in public transportation or a heavy city traffic.

In the Philippines, handshakes are the most common greetings. Men should wait for women to extend their hands. It’s considered rude for men to make eye contact with women because it’s perceived as aggressive. When greeting a female, it’s customary to raise eyebrows and give her a friendly handshake. In general, personal space between males and females is two to three feet.

Filipinos also have strict social etiquette. Hiya, a difficult word to define, refers to a sense of shame that prevents Filipinos from disagreeing or asking questions. It’s considered a grave social sin to offend the hiya of others. To be accused of walang-hiya is also considered rude. Hiya goes hand in hand with amor-propio, or love of oneself.

Filipinos are taught to respect their elders. Children greet their older relatives by presenting them with a mano po gesture. Mano means “hand, hand” and is done when the elder is first seen during the day or first enters a house. It is considered rude and impolite not to do so. When you see an elder of the same generation, however, it is polite to give him a mano.

Filipinos value family above all else, and older people are no exception. In fact, many of them still live in the homes of their children or grandchildren. There is almost no nursing home business in the Philippines, and having an elderly relative live at home is a sign of respect for the elderly. While it may seem rude for you to give an elder the royal treatment, it is a way to show your elders you care.

Filipinos love to converse. It is expected to respect their political views, and the religion of others. While there is a strong Roman Catholic minority in the Philippines, there are several other religious groups that are widely practiced and respected by the people living there. This diversity has led Filipinos to learn to respect each other’s faith and to avoid preaching your own. For instance, if you’re a Christian, it is considered rude to give someone a religious sermon.

Filipinos greet one another with the traditional mano po gesture, which means “your hand, please.” In response, the elders reply with “God bless you.” The gesture is especially common during Christmas. When children go to visit their godparents, they often present them with cash or other small gifts. However, the Filipinos don’t seem to mind this. If you want to buy land, avoid saying it out loud.